I’ve just recently come across a problem where I wanted to run 2 configurations in IntelliJ IDEA with a single keystroke.

The matter at hand was that I had a Spring Boot application with a React frontend, created using create-react-app. The Spring Boot was handled by Gradle and React with Webpack and Node.

Both the backend and the frontend were able to reload themselves upon changes in code and I didn’t want to forgo that during development by building the frontend and then serving it from the backend controller. Therefore I wanted to run them independently.

Both were in the same project so I created a configuration in IDEA for each of them. The problem was: I had to manually run each configuration to get the application app and running!

That being extremely inefficient I started searching for a way to run them “together”.

Unfortunately a quick Google search revealed that IDEA does not support such behaviour out-of-the-box. You can define a “Before launch” action, but that would not work here, as neither of the configuration terminates! They both run for as long as you want the application to run.

Sure enough, the plugin works perfectly! You can set the order of configurations and even introduce delays between them.
Now a single Shift + F10 does the trick ;) 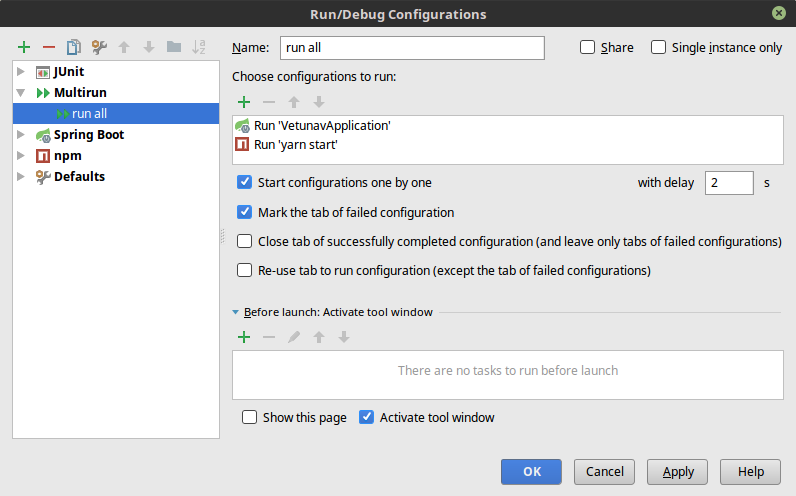